The Amazon Fire TV Stick 4K Max is now available for purchase. It claims to be faster than the normal Fire TV Stick 4K. It costs $55, which is the same as the older model’s standard retail price.

If you’re in the market for a new streaming gadget or want to upgrade your current Fire TV Stick 4K, read on for a complete description of the new capabilities. 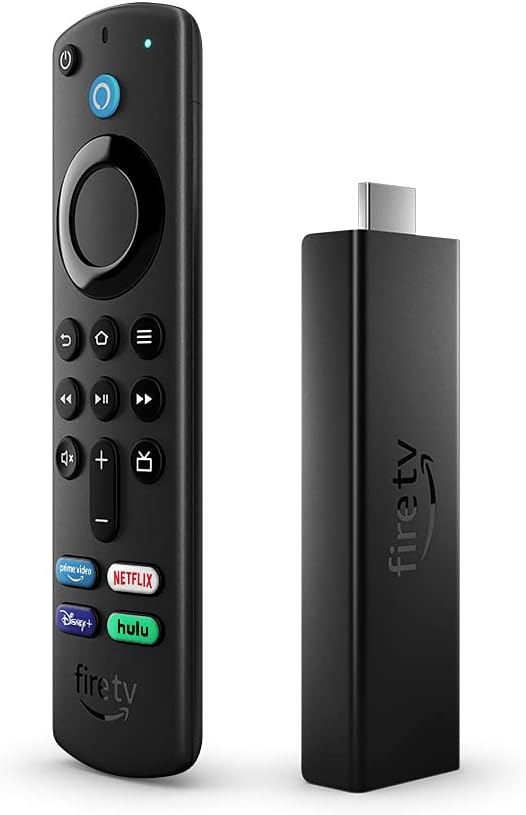 Amazon now has the Fire TV Stick 4K Max for $55. Best Buy and Target sell the streaming device for the same price.

Amazon now sells a $100 bundle that includes the Fire TV Stick 4K Max and a Luna controller. The Luna controller is normally $70, so the bundle saves you $25.

In comparison, Amazon’s regular Fire TV Stick 4K costs $5 more. However, the basic Fire TV Stick 4K is now only $34, making it a more enticing option for those who don’t need the new model’s enhanced functionality.

Wi-Fi 6 is intended to improve multi-device Wi-Fi streaming in 4K or cloud gaming with Amazon’s Luna. This feature requires a Wi-Fi 6 compliant router.

For example, it supports Dolby Vision, Dolby Atmos, HDR10, and HDR10+ just like the earlier Fire TV Stick 4K. A voice remote for Alexa is integrated.

Should you buy the 4K Fire TV Stick?

Amazon’s new Fire TV Stick 4K Max seems like a respectable streaming stick at $55. This is especially true if you don’t already own a previous Fire TV Stick model.

The Fire TV Stick 4K Max is 40% faster than the Fire TV Stick 4K, thanks to a new quad-core 1.8GHz processor and 2GB of RAM. It now boasts a 750MHz GPU and auto low-latency mode to further optimize Luna cloud gaming performance.

Amazon claims Wi-Fi 6 isn’t available in streaming devices under $179. (That is, the Apple TV 4K of 2021.) The company considers it a substantial upgrade for more robust streaming. The Fire TV Stick 4K Max is the first Amazon Fire TV device to be Energy Star certified. Its low power mode uses 15% less power than the current Stick 4K’s low power mode.

Amazon claims the Fire TV Stick is the best-selling streaming device in the US, and it hopes to keep that trend continuing with this new edition for under $60.