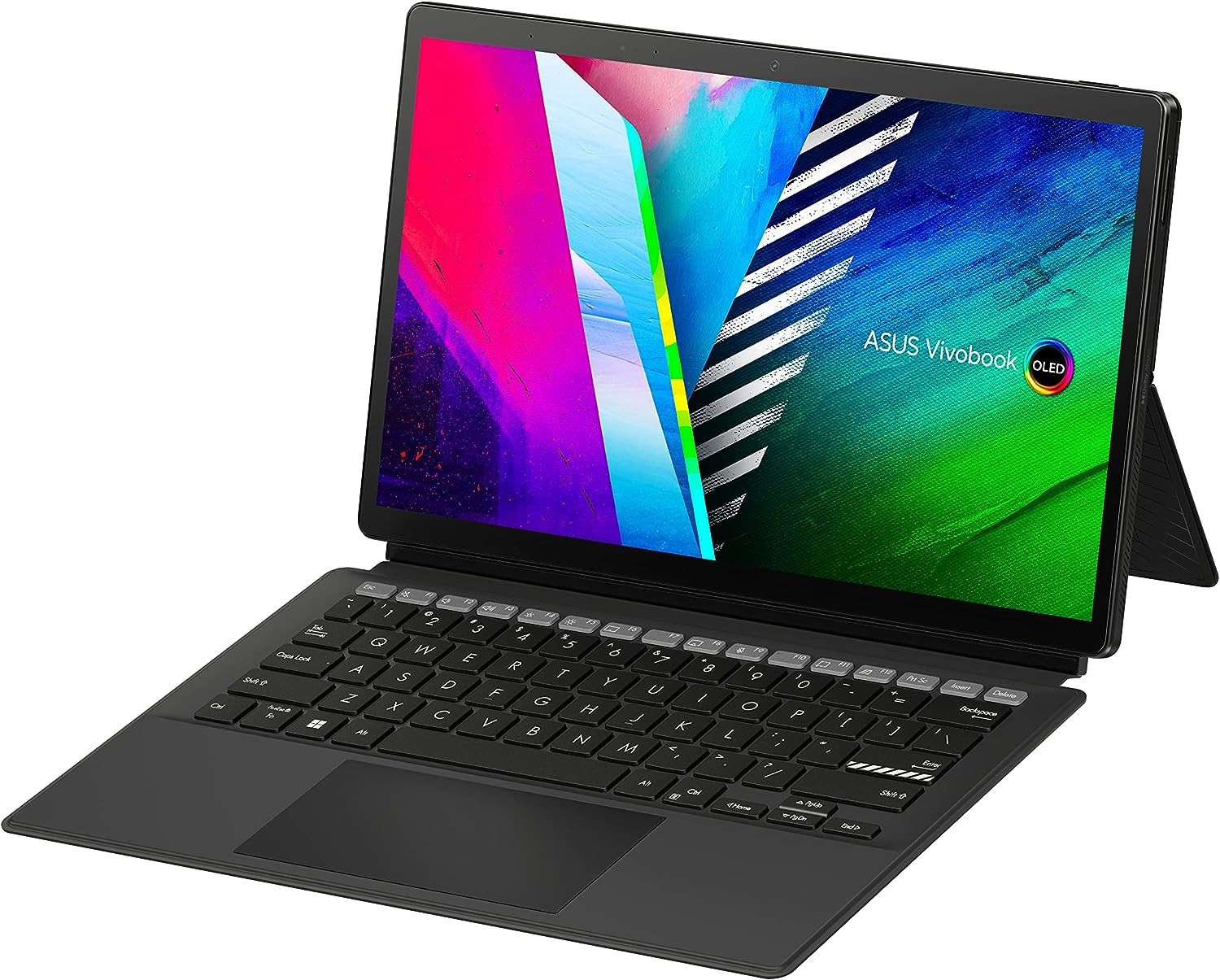 With a new 2-in-1 Windows laptop expected to come next month, Asus has designed a competitor to Microsoft’s Surface Pro.
The Asus Vivobook 13 Slate OLED runs Windows 11 and has a 13.3-inch tablet that can be converted into a laptop by attaching a keyboard and cover stand.
The 1,920-by-1,080 touch-screen OLED panel, according to Asus, could provide more brilliant colors and deeper blacks than the IPS displays seen in Microsoft’s latest Surface Pros. It can produce a brightness of up to 550 nits.

The Vivobook 13 is 1.73 pounds when used solely as a tablet. Asus, on the other hand, designed a customized cover for the device that includes a kickstand that can be folded out to 170 degrees. It also includes an attachable keyboard with full-size keys and 1.4mm key travel.

Another advantage is the product’s beginning price of $599.99, which is quite low. The standard configuration, on the other hand, only comes with a Pentium Silver N6000 quad-core processor. Up to 256GB of storage, 8GB of RAM, Wi-Fi 6, a microSD card reader, and two USB-C ports are among the other features.

Nonetheless, the $599.99 pricing is much less than the $1,099 starting price on the Microsoft Store for the recently released Surface Pro 8, which also features a 13-inch screen. Microsoft, on the other hand, is presently providing a discount on the smaller 12-inch Surface Pro 7, which starts at $599.99 and comes with an Intel Core i3 processor.
The Vivobook 13 Slate, according to Asus, can run for up to 9 hours on a single charge. The board’s fast-charging capability can also restore battery life from 0 to 60% in 39 minutes.
You’ll also receive a 5-megapixel front-facing camera for video calls, as well as a 13-megapixel rear camera. On the security front, the power button has a fingerprint sensor.
Stay tuned for our Vivobook 13 Slate OLED review.

The best mechanical keyboards for gaming and fast typing