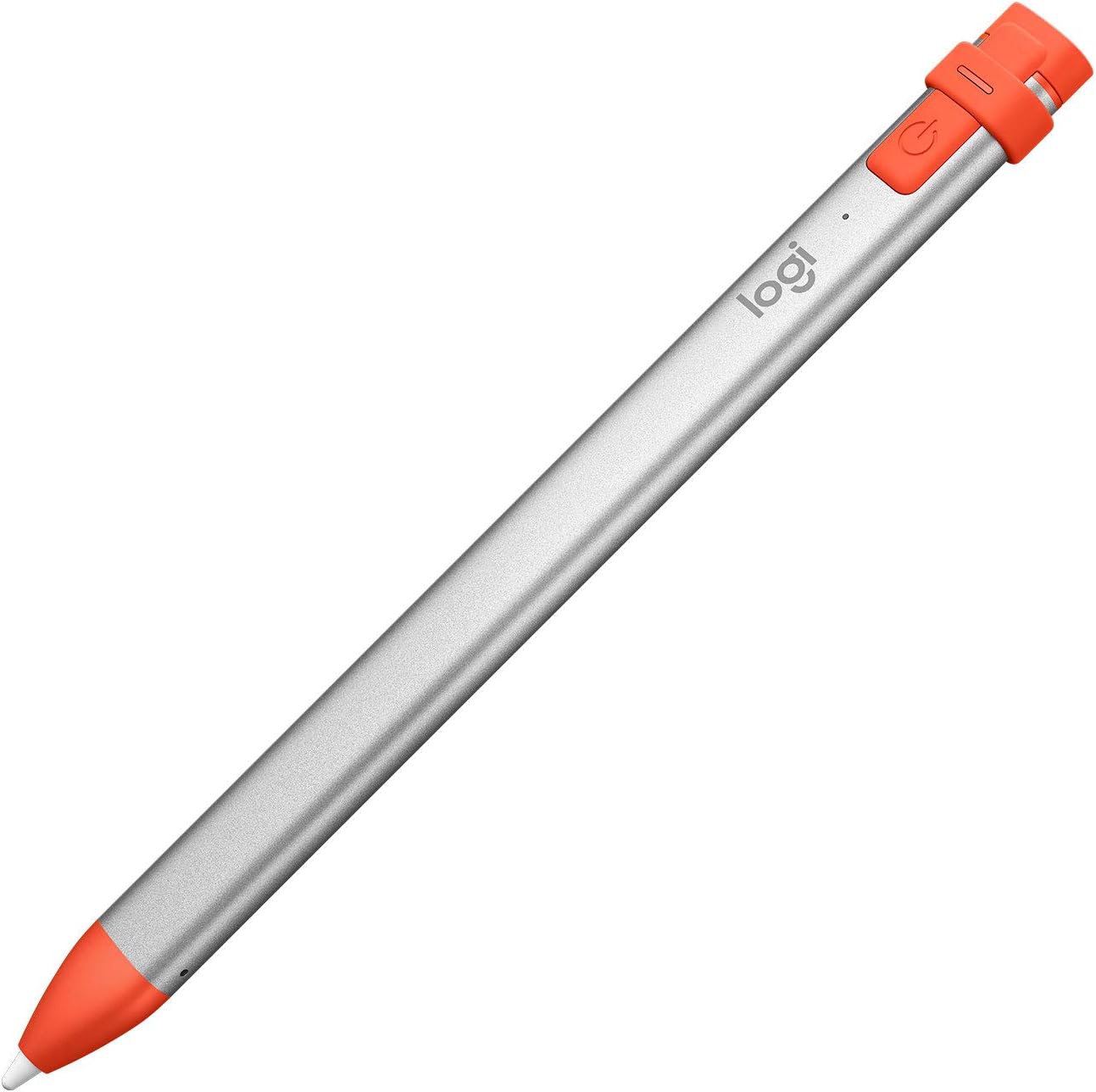 An essential doodling tool for Chromebooks
Buy this item
PROS
Lightweight and user-friendly
Battery life is rated as excellent.
Spill-proof and bend-proof
Tip is replaceable.

CONS
Expensive
Only USI-certified Chromebooks are compatible.
The charger and pen loop are not included.

It’s no secret that schools are becoming increasingly digital. Pens, pencils, and ruled notebooks have been consolidated, digitized, and repurposed into the tablets and Chromebooks in your child’s classroom. A child’s success is now mainly determined by the digital tools available to him or her, which is why the Logitech Pen ($65) is so appealing. The Logitech Pen is a powerful input device with plenty of rated battery life and a comfortable, ergonomic design that should fit hands of all ages and sizes, making it an ideal Chromebook companion for students.

With more than 40 million Chromebooks in use in educational settings and another 15 million added every year, the Logitech Pen comes at an ideal time. It’s a fraction of an ounce lighter than Microsoft’s Surface Pen and far lighter than the specialist styli artists use with Wacom tablets, measuring just 5.9 inches long and weighing half an ounce.

The Logitech Pen’s triangular form feels pleasant to grasp and use, even if it isn’t as sleek and seductive as the Apple Pencil. Logitech claims that its engineers collaborated with young students to develop an ergonomic design that is comfortable in the hands of children aged six to seventeen. The stylus tip is both robust and replaceable, and the non-slip silicone grip is huge (and colorful). (Logitech also makes the Crayon, an Apple Pencil competitor with a slightly different design than the Pen that is offered to consumers and educators.)

A USB-C port is located at the bottom of the stylus for charging the device. A full charge, according to Logitech, will last for 15 days of ordinary classroom use. Even if you fail to charge the pen overnight, a 30-second charge will give it another 30 minutes of life. The pen goes to sleep automatically when not in use to save power.

The Logitech Pen doesn’t come with its own charger, but since most Chromebooks use USB-C chargers, you’re likely to find one nearby. When the pen’s battery power is low, a small indicator light blinks to alert you. Because the exposed port isn’t covered by a cap, a foreign object could get lodged in it while being thrown around in a school backpack.

Aside from the exposed port, the pen is fairly tough and can resist a four-foot drop. It’s also bend-resistant, spill-resistant, and easy to clean—a welcome feature for parents and teachers of smaller children, who are almost certain to drop it into something sticky or handle it with sticky hands.

More powerful than the sword

On paper, the Logitech Pen appears to be impressive, so the next step is to put it to (digital) use. The stylus was created for usage in the classroom, facilitating note-taking, scrolling, scribbling, and other actions that a student could perform during the school day. I coupled the Logitech Pen with two previously reviewed convertible Chromebooks that support the Universal Stylus Initiative (USI): the Asus Chromebook Flip CM3 and the HP Chromebook x360 14a, to simulate the school experience at home.

A short aside on USI certification: It was created by an organization of OEM stylus and touch-controller manufacturers with the goal of creating and promoting interoperable active digital pens by defining the mechanism through which the stylus communicates with host devices. In a nutshell, the idea is to give a consistent user experience across Chrome devices while keeping the stylus affordable.

The Logitech Pen, as claimed, works flawlessly with Chrome OS, requiring no syncing, pairing, or further software download. The Pen worked well with Google’s suite of apps, but it also worked well with other USI-enabled apps and across many Chromebooks, making collaboration as simple as using pen and paper—as long as you’re using a USI-certified Chromebook, that is. Any touch-screen surface will not operate with the device.

When compared to using your finger or other rubber-tipped styli, the Logitech Pen has 4,096 degrees of pressure sensitivity, allowing for smoother and cleaner lines. I had no problems navigating, writing, or scribbling in general.

Distribution is one drawback that should improve over time. For begin, the Logitech Pen will only be sold in the United States through Logitech educational resellers. While more locations and consumer channels will be available later, it’s a shame you can’t get your hands on the Logitech Pen right now, as it’s a great multipurpose stylus for Chromebooks outside and inside the classroom.

Logitech also claims to have a pen loop that firmly attaches to a Chromebook. It wasn’t available for testing, and I wish it came as standard: Students will lose things no matter how smart the equipment is, and losing a $65 stylus hurts a lot more than losing a cheap ballpoint pen.

Aside from a few minor quibbles, the Logitech Pen performs admirably. The Pen is a versatile and valuable instructional tool as long as the classroom is equipped with USI-certified Chromebooks. It’s a terrific start for younger tablet users establishing their motor abilities as a general-purpose tool. If you’re a Chromebook user seeking for a custom input device, you won’t be disappointed, though there are cheaper options available, such as Lenovo’s $39.99 USI Pen, which is OS-independent.

An essential doodling tool for Chromebooks
Buy this item
PROS
Lightweight and user-friendly
Battery life is rated as excellent.
Spill-proof and bend-proof
Tip is replaceable.

CONS
Expensive
Only USI-certified Chromebooks are compatible.
The charger and pen loop are not included.