Virtual reality (VR) has exploded in popularity in recent years. With phones allowing for some basic VR experiences and ever-improving headsets providing enormous advances in VR displays and tracking, now is a great time to get started.
There has been no shortage of VR headsets on the market as the industry has grown. These have ranged from PC-connected headsets that require a lot of processing power to simpler headsets that only use gyroscopes to provide a basic VR experience.
Others utilize on-board cameras to calculate a user’s head movement and track the controllers, while others use an array of exterior cameras to follow the movement of a headset and controllers around an area. Each type of headset has a purpose, and each technology has advantages and disadvantages, making it difficult to determine which headsets genuinely excel.
The Oculus Quest 2 is the greatest VR headset for practically anyone on the market because of its mix of accurate tracking, crisp screens, affordability, and the astounding breadth of content and use cases it can support. I’ve tried various VR headsets over the years, and we’re now putting current and upcoming models through their paces.
While there are currently no discounts available for the Oculus Quest 2, we expect stores to provide discounts around Black Friday and Cyber Monday. 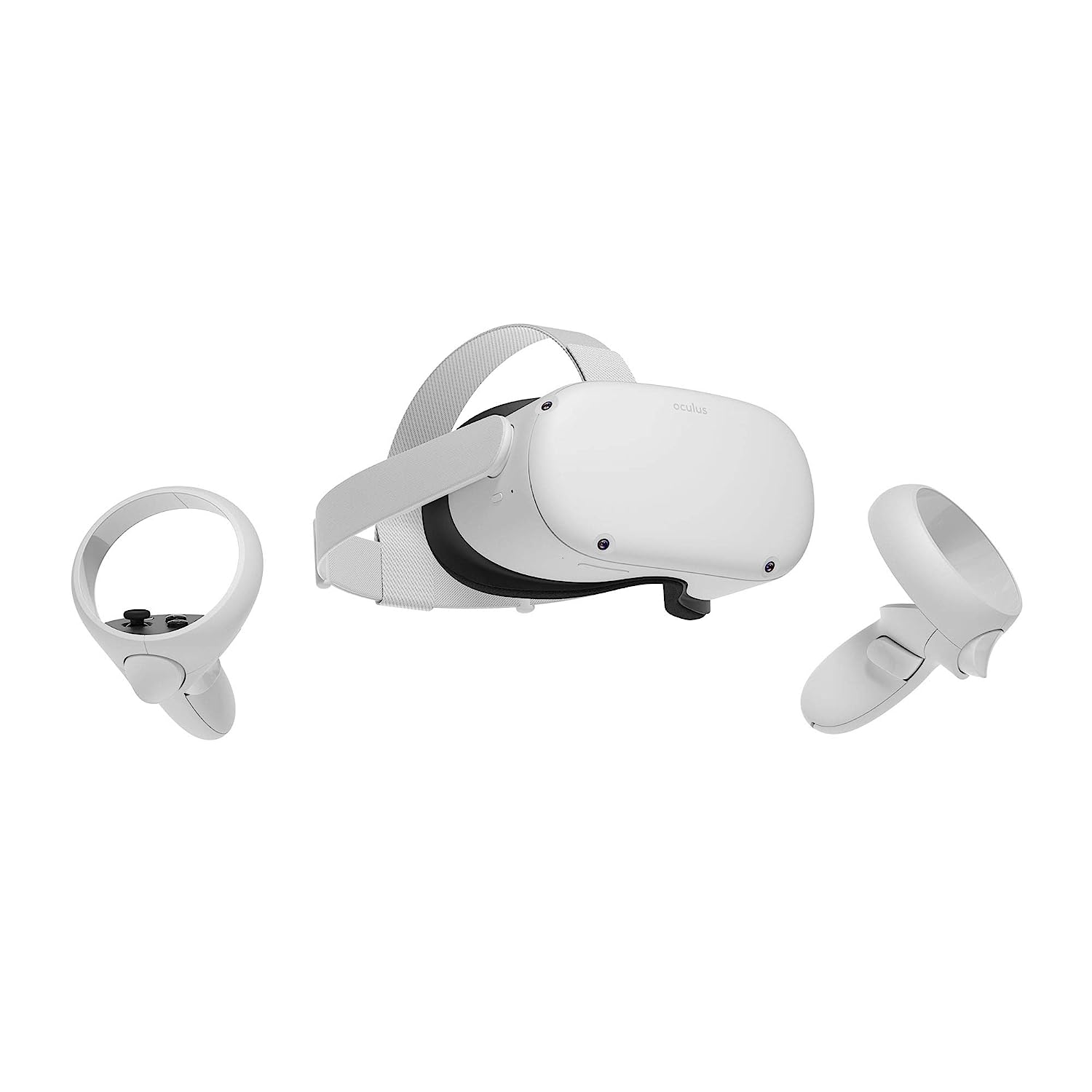 The Oculus Quest 2 features a beautifully sharp display and excellent tracking that keeps the immersion alive, and it doesn’t require any additional equipment to play.

With the original Oculus Quest, Facebook had a fantastic idea on its hands, but the Oculus Quest 2 nailed it. This headset is capable of doing a lot, and it does it well. Although the headset’s display isn’t the most opulent, it is quite sharp, which is crucial in virtual reality. Even if it isn’t as quick as other higher-end headsets’ 144Hz refresh rates, the Oculus Quest 2 has received updates that have unlocked the potential for greater refresh rates, including an experimental 120Hz mode.

Those stunning images, along with the headset’s remarkably accurate inside-out tracking and touch controls, making it simple to feel as though you’re in the virtual places displayed in apps and games. It’s even more astounding that the Quest 2 can perform all of this on its own for $299, rather than being linked to a powerful $1,000 computer.

The Quest 2‘s popularity guarantees that there are plenty of experiences to choose from, and it also supports games and apps from third-party developers outside of its own app ecosystem. For individuals who require more processing power than the Quest 2‘s XR2 chipset can provide, the headset can connect via USB-C or even its Wi-Fi connection to a more capable PC that can handle more demanding graphics processing. There are headsets that look and track better, but there aren’t many that do so for such a low price and offer both independent and connected functionality.

What features do we search for in a virtual reality headset?

There are a few significant differences between an excellent VR headset and one that is simply serviceable. When it comes to VR headsets, we pay close attention to the following details:

Resolution: Because the screens in VR headsets are so near to your eyes, a low resolution will be obvious. This might not only make the graphics unappealing, but it can also generate a “screen-door effect” where the empty space between pixels can be seen.

Refresh Rate: In order to feel genuinely immersed and not nauseous, the display inside the headset must display video smoothly. Most VR headsets will have a minimum refresh rate of 72Hz, which means an entirely new image will be displayed 72 times per second. However, with frame rates of 90Hz, 120Hz, and even 144Hz, headsets may run much quicker. The smoother the images are, the faster it moves.

Tracking: The headset must be able to precisely monitor your movements as well as the movements of your controllers in order to generate a true sensation of immersion. If the tracking consistently fails, refuses to enable specific movements, or loses sight of your hands, the experience can quickly become tiresome, if not nauseating.

VR headsets are available in a variety of configurations for connectivity and setup. Some contain computational hardware within that handles all the tracking and generates the VR experience locally, while others connect to external hardware to get a video feed. There’s also the question of whether to employ wired or wireless connections, as well as whether to use external positional trackers or have the headset track its own position. All of these factors influence how simple it is to use a headset and how accessible the experience is.

VR headsets are computing hardware, but they’re also something you’ll be wearing for an extended period of time. Because comfort is so important for enjoyment, we can’t afford to overlook unappealing designs.