5 Reasons You Should Upgrade to the Nvidia RTX 3050

Nvidia’s GeForce RTX 3050, which was released in January 2022, has 8GB of GDDR6 VRAM. This card competes with the RTX 3060 Ti by providing the same memory size with a faster boost clock speed and lower power consumption, but at the cost of a significantly slower memory bus and poorer overall bandwidth (there’s always a catch!).

With a starting price of $249, the RTX 3050 lays the groundwork for an affordable graphics card capable of ray-tracing at 1080p 60fps.

Is it worthwhile to upgrade your current GPU in favor of the RTX 3050?

What’s the big deal about it?

Nvidia compares the RTX 3050 to its predecessors, the GTX 1650 and GTX 1050, to see how the card performs with ray tracing and DLSS enabled.

The problem is that neither the GTX 1650 nor the GTX 1050 are capable of running ray tracing or DLSS. As a result, the results are very worthless because there isn’t actually a comparison.

A affordable graphics card like the Nvidia GeForce RTX 3050, on the other hand, is a breath of fresh air at a time when GPU costs are 50 to 100 percent more than the RRP, especially since it gives a significant performance boost.

1. Increasing the number of multiprocessors

Users considering the RTX 3050 will be relieved to see that the GPU’s power consumption is only 130W. Yes, it costs more than the AMD Radeon RX 6500 XT and other comparable GPUs, but the increased performance is well worth it.

One of the most compelling reasons to upgrade your graphics card is to take advantage of ray tracing. Ray tracing is one of the most sought-after technologies in PC gaming because it makes light and shadows more realistic.

Advanced rendering techniques, such as ray tracing, are particularly appealing because the photo-realism of games created with this technology is nearly unrivaled. However, the biggest disadvantage is that ray tracing is only supported by a small number of games, so if you’re buying the RTX 3050 for this reason, you could be disappointed.

With more powerful GPUs on the market, determining whether the RTX 3050 is worth purchasing just for ray tracing is tricky. Indeed, DLSS is an honorable mention among Nvidia’s 30-series GPUs, increasing gaming performance and allowing for extended 1080p 60fps gameplay without losing graphics.

DLSS provides an increase in frame rate without compromising immersion elsewhere, which is especially essential for lower-end graphics cards. Essentially, this low-cost graphics card gives you more bang for your budget by allowing you to play at greater resolutions and frame rates.

Not to mention, the RTX 3050 includes Nvidia Reflex, which minimizes latency in competitive games, which is very important in multiplayer games.

While employing the same cooler as the RTX 3060, the RTX 3050 maintains lower temperatures and consumes less power. Furthermore, if you plan to overclock it, it provides extra thermal headroom.

Even at 1440p, you should expect a temperature range of 60 to 62 degrees Celsius. Although the GPU’s fan speed isn’t as high as the GTX 1660 Super‘s, you should anticipate it to make more noise than other cheap graphics cards.

Nonetheless, a mid-range GPU capable of comfortably sitting at 1440p with DLSS is worth the little increase in fan noise.

Nvidia’s GeForce RTX 3050 can play practically every game in your collection when pushed to its limits. Enjoying high settings without sacrificing visuals is a breeze with this GPU, especially if you can buy it at a reasonable price.

Why is the Nvidia RTX 3050 worth upgrading to?

If the GPU market is anything like it was in previous years, you might believe the RTX 3050 isn’t much better than the GTX 1660 Super at a similar price. However, such way of thinking is no longer possible, at least for the time being.

If you have the funds and your sights set on the RTX 40-series, it’s probably best to skip this generation of GPU. 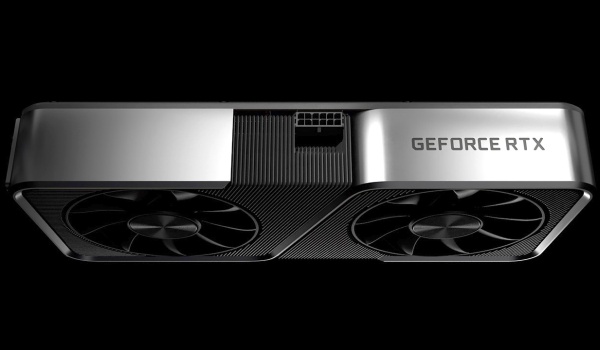