Last year, we rated the Hisense H9F a top rating for providing great color and contrast performance at a low price. Hisense has improved the 65H9G ($999.99) by adding more local dimming zones and far-field microphones for voice control without a remote. Above all, the H9G scored admirably in our tests, with excellent image quality, a six-figure HDR contrast ratio, and accurate colors. The Hisense H9G series, like its predecessor, receives our Editors’ Choice for inexpensive TVs. 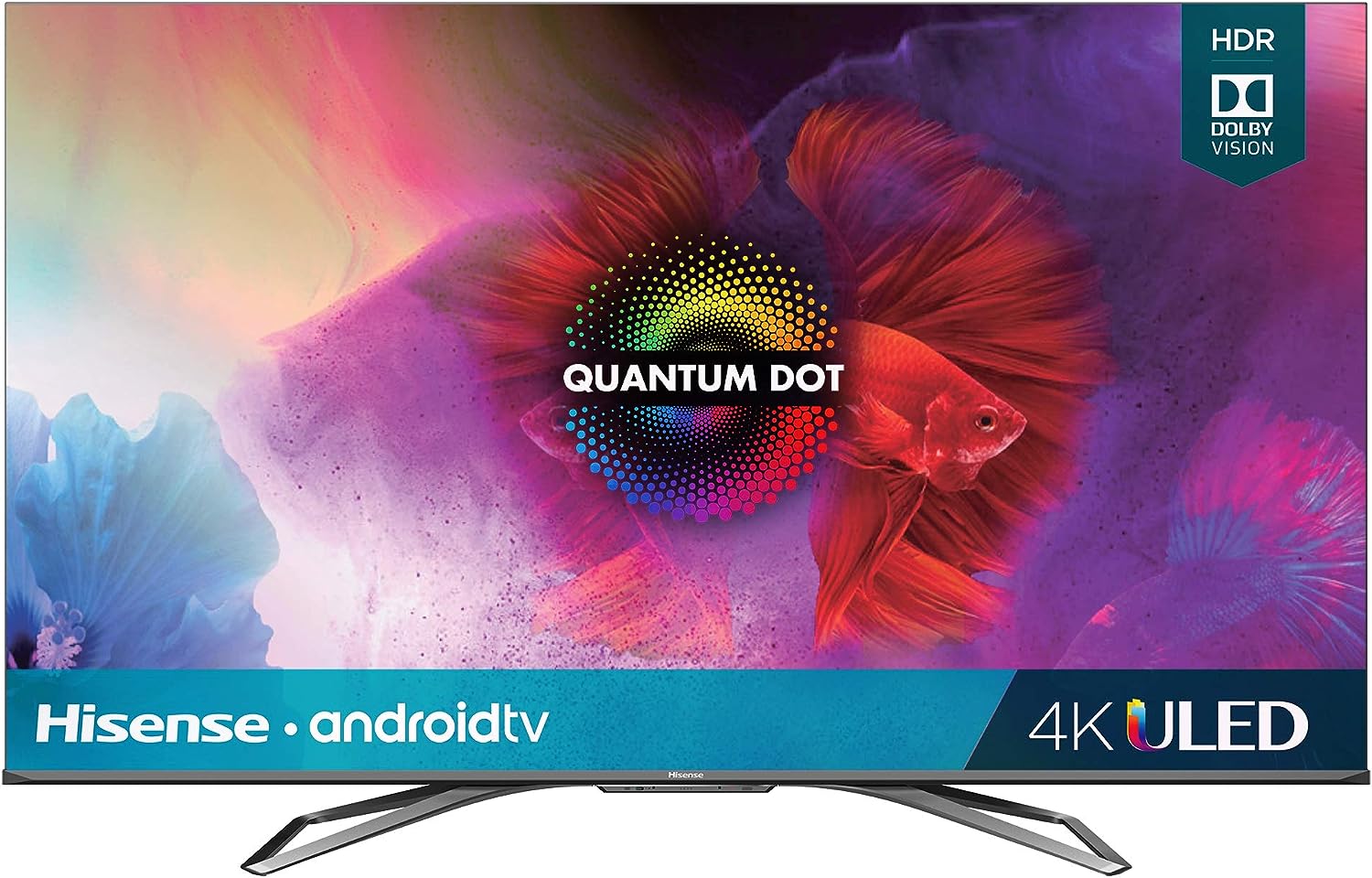 Fantastic color and contrast for a reasonable price
Buy this item
For around $1,000, the Hisense H9G series is a wonderfully designed TV range that offers realistic colors, a high contrast ratio, and a slew of Android capabilities.
PROS
CONS

The H9G is a sleek-looking TV, similar to the H9F from last year. It has a little silver bezel around the bottom and is almost bezel-free on three sides, with only a sliver of chrome trim separating the glass from the edge. A remote control sensor, a pair of far-field microphones, and a microphone on/off button are located just below the Hisense insignia in the center of the bottom bezel. There are also two 10-watt down-firing speakers with Dolby Atmos audio technology.

Two triangular metal legs support the 52-pound 65H9G, which includes four VESA holes around the back for wall attachment. Composite (RCA) video and audio connections, a digital audio output, and a LAN port are also located around the back, facing outward. Three HDMI ports, two USB ports, a headphone connector, and a coaxial cable jack are located on the left side. The power jack is located on the right side of the back panel, all by itself. A built-in dual-band 802.11ac Wi-Fi radio provides wireless connectivity in addition to a conventional network connection.

The H9G comes with the same busy remote control as the 65H8G, which is significantly less expensive. It’s an 8-inch wand with 39 buttons and a four-way arrow controller that includes the standard 0-9 number pad, volume and channel up/down buttons, a menu button, and video control buttons. There are also dedicated Google Play, Netflix, Prime Video, and YouTube buttons, as well as a voice control button for Google Assistant. However, none of them are lighted, making it difficult to locate the relevant button in the dark. You may also use an Android TV remote app on your phone to operate the television.

Because the H9G is an Android TV, it comes with a plethora of streaming apps, news and sports channels, entertainment channels, games, and other features. Amazon Prime Video, Netflix, You Tube, Google Play Video, FandangoNOW, Tubi, 4K Now, and HBOMAX are some of the streaming video apps available. The Google Play app store also has Disney+, Hulu, Pandora, Pluto TV, and a slew of other lifestyle, sports, and music apps and games.

The H9G, like the 65H9F, has built-in Chromecast, which lets you stream movies, music, and images instantly from your phone or tablet to the TV. It also supports Google Assistant voice commands, but unlike the H9F, which needed the use of the remote to utilize Google voice commands, the H9G allows you to use the speech service without a remote by using its far-field microphones. When an ad comes on, for example, you may just say, “Hey Google, silence the TV.”

The H9G also offers a Screenless Mode, which allows you to use the TV to manage other Google Assistant smart home devices like lights and thermostats even when the TV is turned off. The H9G may be linked to your Amazon Alexa account and will listen to voice instructions from Alexa.

The 65H9G is a Quantum Dot TV with a resolution of 4K (3,840 by 2,160 pixels). It utilises Hisense’s ULED technology, same like the H8G and H9F models, but the H9G gets a considerable increase with 180 local dimming zones, compared to 132 zones on the H9F and 90 zones on the H8G. It boasts a native 120Hz panel and a maximum 480Hz motion rate, as well as Dolby Vision and HDR10 support for high dynamic range (HDR).

As shown in the chart above, color fidelity is excellent right out of the box. Reds, greens, and blues in the Rec.709 color space are all on the edge of their optimum CIE color targets with an SDR signal, and cyan is spot-on. Both yellow and magenta have a tendency to drift toward red, although none is far from its target coordinates. A calibration will tighten things up, but the difference will be insignificant. Reds and blues in the DCI-P3 color space are quite near to their ideal saturation level in HDR mode. Greens are slightly undersaturated, but not to the point where they detract from overall color quality, and secondary colors are accurate.

On this TV, viewing Marvel’s Avengers: Infinity War in 4K was like seeing it for the first time. With bright, brilliant colors and good image detail, the picture quality was outstanding. Shadow realism was also outstanding, particularly in scenes set on Vormir, the dark lonely planet where the Soul stone resides.

Similarly, while watching the darkly illuminated opening scene of the Stranger Things series on Netflix, the H9G did an excellent job presenting shadow detail.

Lag in the Input

The H9G has an input lag (the time it takes for the screen to refresh) of 104.5ms while in Theater Day mode, which is quite high for gaming. When set to Gaming mode, however, input lag was 16.4ms, which is lower than the 20ms benchmark we suggest for lag-free gaming.

The Hisense 65H9G has a lot going for it. For less than $1,000, you can obtain a 65-inch Quantum Dot TV with superb colors, clear 4K video, and 180 local dimming zones for a bright picture with good black levels. It also has a plethora of Android streaming apps and employs embedded microphones for hands-free voice control of not only the TV but any Google Assistant smart home devices that have been installed. Although the Samsung Q90R has a better contrast ratio, the H9G is a third of the price and has an astounding six-figure contrast ratio and excellent color accuracy right out of the box. The Hisense 65H9G is our Editors’ Choice for budget-friendly TVs because of all of this.

Fantastic color and contrast for a reasonable price
Buy this item
For around $1,000, the Hisense H9G series is a wonderfully designed TV range that offers realistic colors, a high contrast ratio, and a slew of Android capabilities.